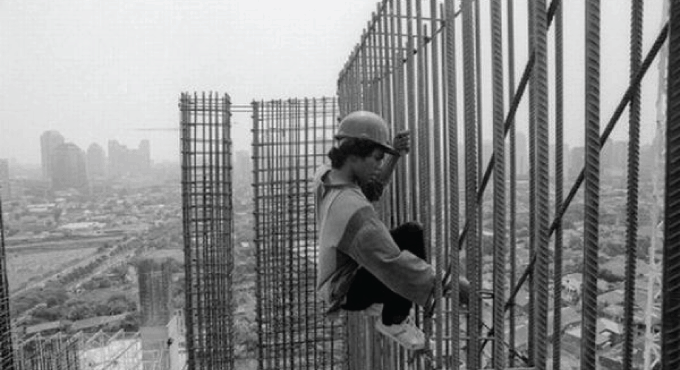 FACT: When the oil and gas industries boom, thousands of jobs get created. New plants, refineries, infrastructure and pipelines mean a high demand for welders, electricians, pipe fitters and other tradespeople to get these large and important projects completed on time.

Oil and gas jobs offer excellent pay yet also have some perceived drawbacks that make it hard to fill these high-paying jobs exclusively with local workers. Companies then have to outsource the jobs, relying on workers from other countries, backgrounds and cultures to complete these mammoth projects. Many people feel that the greatest detriment of hiring foreign workers is the loss of local jobs but the reality is many of these local jobs just can't be filled with local workers. The real negative is the increased stress on an organizations safety culture, which has to contend with language and cultural barriers that can unintentionally increase accidents.

One of the most obvious safety concerns when integrating foreign workers into a new safety culture is the language issue. Communicating safety best practices, protocol and expectations is vitally important, as is being certain that all employees understand their role and responsibility when it comes to the safety of the entire job site. Overcoming the language barrier is paramount.

The best way an organization can mitigate the language issue with a new batch of foreign workers is by speaking their language.

For example, if you have recently hired a team of Filipino workers, have any local team members that speak Tagalog act as a coach and mentor for the new workers. If you don't have any Tagalog-speakers to act as translators and coaches, consider bringing in a member of the local Filipino community to help deliver training, translation and cultural support.

While North America might not have enough trained and willing workers to fill all of these roles, we do benefit from the globe's largest culmination of cultures. If you look hard enough you'll find someone who speaks the language. Remember, having someone to help bridge the language gap is key.

Language isn't the only difference that can impact job site safety. Cultural backgrounds play a huge role in shaping potentially unsafe behaviour. Examples include (but aren’t limited to) a willingness to accept dangerous levels of risk, a reluctance to report concerns to a supervisor for fear of reprisal and incomplete training.

Anyone who has been to a construction site outside North America or Western Europe has probably noticed that the safety equipment, procedure and protocol can be very different. Some foreign workers might be completely comfortable welding without a shield or working from height without a harness. In their culture, these types of working conditions might be considered commonplace.

It is the role of managers, trainers and all employees to emphasize the importance and value of North American safety standards. Cultural differences and communication issues are always concerns but taking the extra effort to integrate and educate these new workers will help make the transition safe and productive.

Experience firsthand our leading risk-based employee personality assessments to hire and train better employees. Our proprietary assessments are cloud-based, easy to use, and are a game-changer in the world of psychometric testing.